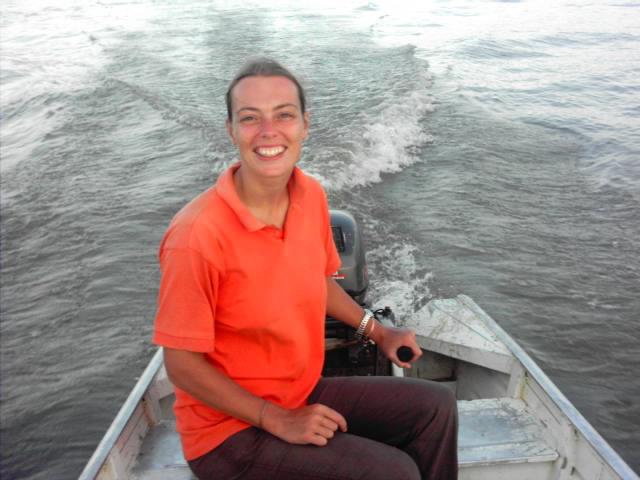 Heike started her activities in and for the Tikuna indigenous community of San Martin de Amacayacu in 2004 and even though not in the shape of this foundation, it was definitely successfull: financial support for the community’s initiatives was acquired from small scale funding agencies such as the Bossen Nood Fonds, BothENDS, the Nederlands Centrum voor Inheemse Volkeren, Tropenbos International-Colombia and oneMen. This support mainly has been destined to the official recognition, organisation and protection of the commmunity’s ancestral lands. In 2007, the Small World Foundation was created, the name of which stands for the main goal of the foundation: the creation of direct contacts between local initiatives in developmental countries and the organisations willing to support them. This way, the many kilometres in between do not have to be an obstacle! 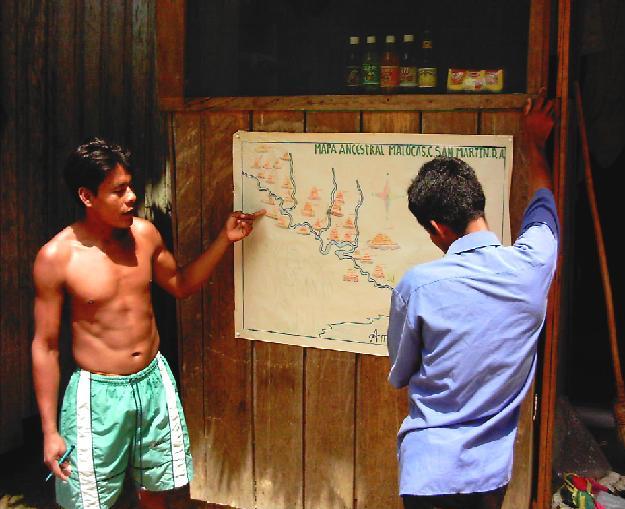 For a few years now, the activities of San Martin de Amacayacu have also received valuable support from Javier Diaz, a Colombian MSc student in Geomatics at the Laval University in Québec, Canada. His thesis is about the mapping process of the ancestral lands of San Martin, where he stayed between June and August and in December 2008. This work and dedication have been much appreciated in the community as it combines the incredible amount of local information about these lands with modern geographic information systems, which facilitates the organisation. Please check the Publications page for more information! 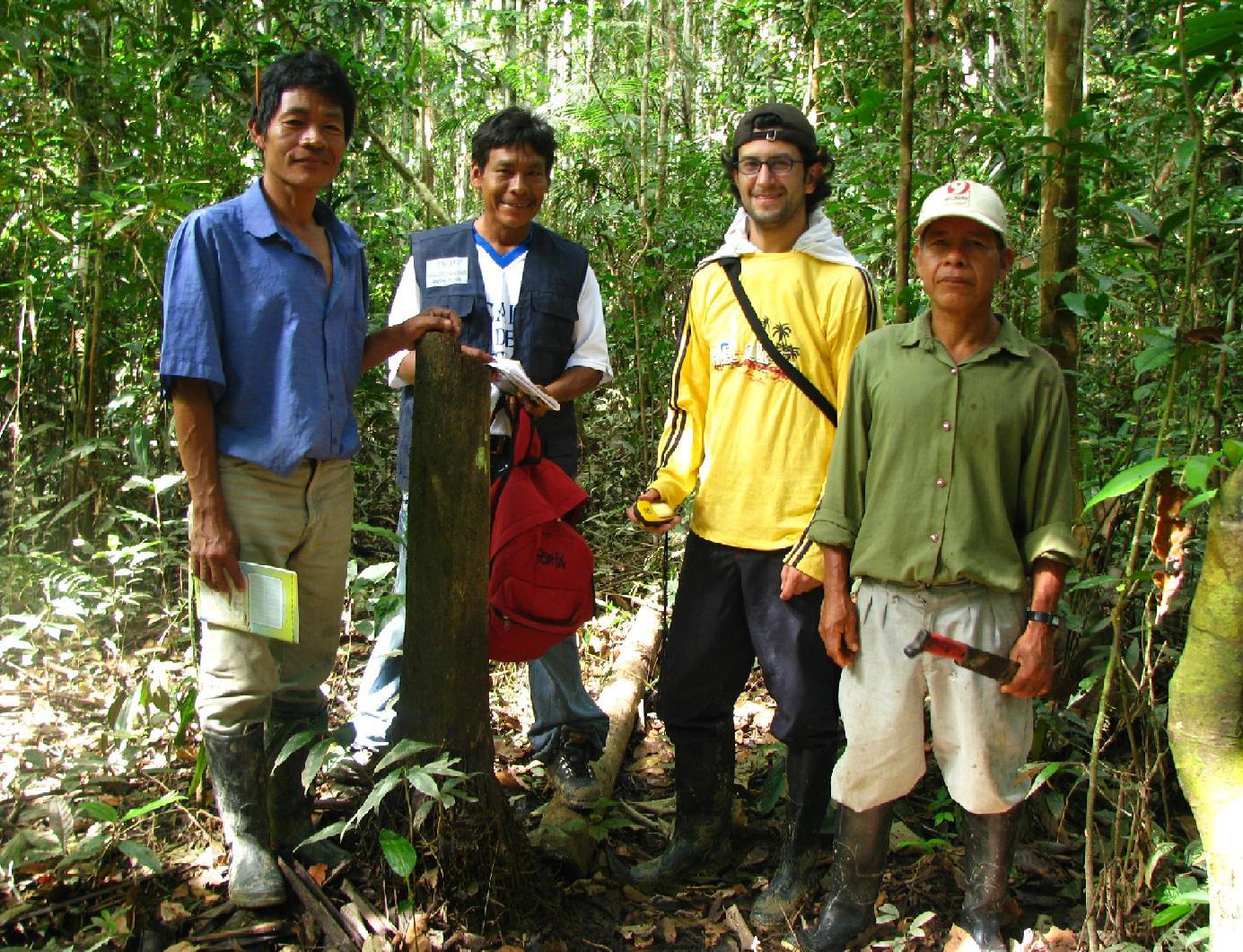 The Small World Foundation publishes a two-monthly newsletter, of which you can become a member. The newsletter contains a lot of interesting general as well as detailed information about the daily activities and specific projects in San Martin de Amacayacu, about Heike’s experiences and also about Colombia. In addition to the newsletter, the Foundation sells beautiful and unique jewelry from the Amazon. The contributions for the newsletter and the profit from the sale of jewelry, are used to support several local initiatives and processes which could not be supported by the mentioned agencies. Also, useful books, handicraft workshops, equipment maintenance and other necesities are sponsored. 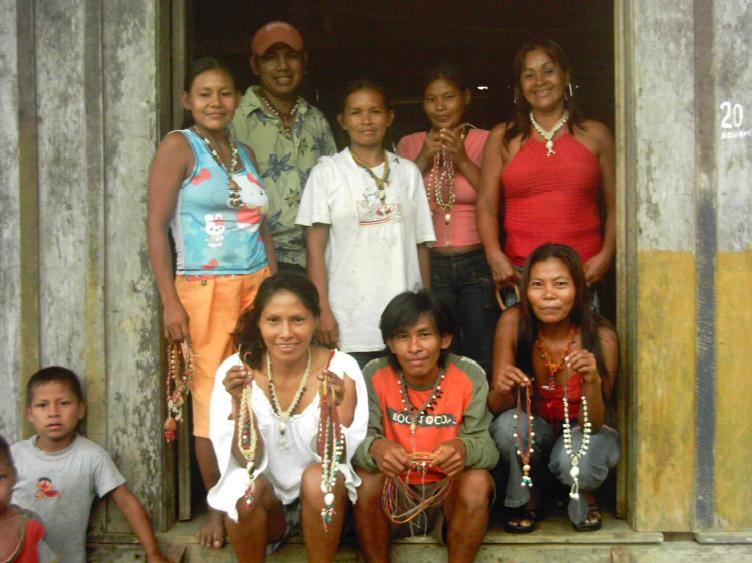 San Martin de Amacayacu is a Tikuna indigenous community of about 500 inhabitants which is located in the jungle of the so-called Amazon Trapezium in the very south of Colombia. The community was founded in its current form about 40 years ago. Before this time, families lived spread put through the jungle in comunal houses called “malokas” for the exteded families,  This form of living was not very practical for the state and church in terms of accesibility to the people for education, healthcare and religious purposes. Therefore, the people were stimulated to live closer to the Amazon river in western style villages. Later, these people were allowed to form indigenous reserves (called resguardos), in which they have special rights concerning many issues such as access to natural resources.

Unfortunately, this legislation is not so effective in practise as it seems on paper: corruption, physical and legal overlapping between entities such as the reserve to which San Martin belongs, different municipalities and the Amacayacu National Park – a complicated situation which would not easily occur in western countries – make it difficult to control the use of natural resources, which results in many illegal timber, gravel and sand extraction activities by outsiders. Of course, this is not an ideal situation for anyone, and most of all not for the people of San Martin who, most of all, are the historial owners of these resources and, secondly, depend on them for a wide range of daily activities, today and in the future..

Now, the task of San Martin is to organise themselves so that illegal activities can be halted and natural resources protected for this future. In this journey, they are backed up by the Colombian Constitution and the financial aid from this Foundation. The community has mapped the ancestral territory; the aproximate limit, the location of the malokas, sacred areas etc. The limit has also been marked literally in the field by painting trees every 50 metres and taking their GPS location, according to the indications of the older people who know the forest like the back of their hands. At the beginning of 2011, the digital map of the area was being completed for presentation to the Colombian government of official recognition. 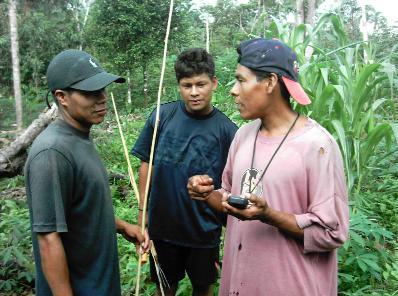 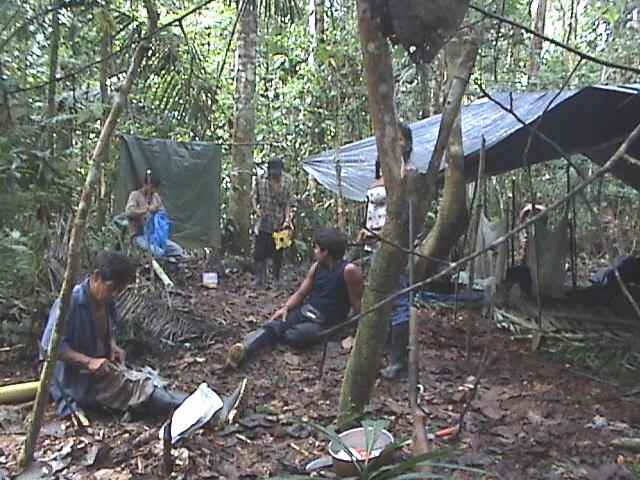 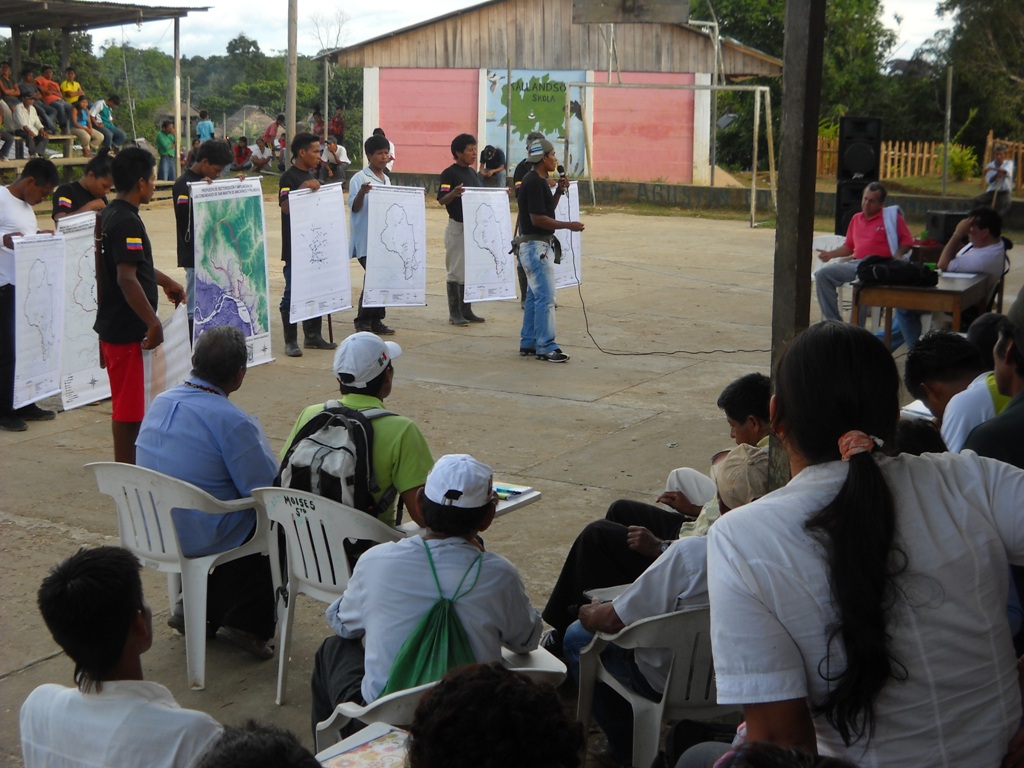